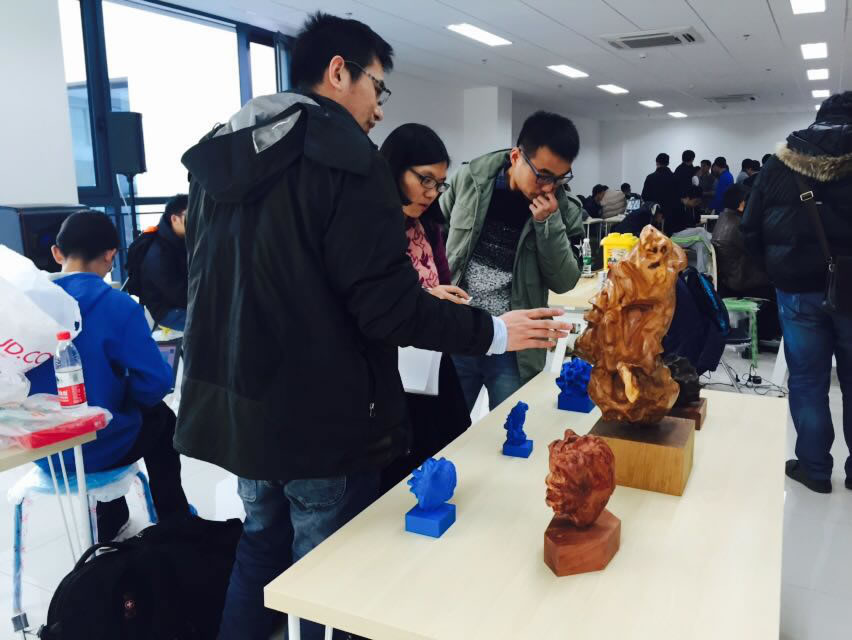 Since 2014, Tsinghua University has held its annual Tsinghua Makers Day, featuring the Maker’s Channel Match, on the final Saturday of November. The match is a contest between inter-discipline teams to create a product or prototype within 48 hours.

The event is hosted by the Teaching Division of Tsinghua University and sponsored by the Tsinghua Maker Space, a facility not unlike maker spaces in the US and Europe. It makes manufacturing hardware available to the Tsinghua student body for experimentation and learning. The goal is to promote technological innovation, create a bridge for cross-border and multi-discipline cooperation, and provide a catalyst to enable creativity for future inventors.

A letter from China’s State Council Premier, Li Keqiang, reads, “The key is to inspire people’s creativity, especially the creativity of the youth. If the young are willing to venture, society can be full of vigor. If the youth is compelled to innovate it invigorates the state’s youthful spirit.”

In the most recent Maker’s Challenge Match, Lu Sen, a sculpture student from the university’s Art Academy, distinguished himself. He made a set of 3D printed models based on human emotion and academic research.

Lu studies methods of representing emotions such as happiness and anger in 3-dimensional art. He strives to transform intangible feelings into tactile objects, converting abstract thoughts into shapes with all the complexity and distortion inherent in a specific emotion.

Medical technology is used in Lu’s process. Heart rate is measured and combined with EEG data reflecting electrical activity in the brain. Wave amplitudes and frequencies are then used in a mathematical calculation to produce a 3D model, resulting in abstract art, theoretically representing an individual’s emotional state. Further research is then conducted to see if third parties are capable of discerning emotions based on familiarity with the sculpted representations.

Tiertime provided one UP BOX and nine UP Plus 2 3D printers for the match. With just 48 hours available, 3D printing was the only way to turn the 3D model data into real-world objects. For his sculptures, Lu used both the BOX and a Plus 2.

Traditional sculpting methods would have required four to five weeks for such a project using plaster, resign, woodcarving, metal or mud.

“Compared with traditional sculpture, 3D printing technology can express your concept as quickly as possible. You can view it from any angle without the need of turning the sculpture so you can observe it from a macro and comprehensive perspective. This is a key issue, and it cannot be emulated by traditional means,” said Lu. “Observe the shape space, position, and scale of a sculpture, propose modifications, adjust the 3D model on the PC, and then print it. Time and cost are greatly reduced. With 3D modeling and 3D printing, there is a tremendous increase in efficiency.”

Lu believes in using traditional methods for creating art but prefers computer-based sculpting for representations requiring accurate detail. “Some artistic works should represent an artist’s vision, but it is virtually impossible to represent data the same way. Even if the artist can visualize the data’s 3D structure, the hands won’t be able to produce it exactly. There will be small differences. 3D printing overcomes this barrier.”

He understands the technology’s inherent benefits. “It can speed up design and workflow in sculpture, architecture and industrial engineering. It facilitates early adjustments to shape and scale,” said Lu. He feels some objects are simply too large for 3D printing, but even so, smaller prototypes can be created before the final object is made.

“Although this is the first time I’ve used a 3D printer, I found the UP Plus 2 very easy to operate. I only needed a little training from the Tiertime staff. After I downloaded the free UP software from the official website, I could operate it by myself,” Said Lu.

He also spoke of the UP BOX. “This printer is well-sealed and model edges don’t lift during printing, which can be a common problem with large prints on other 3D printers. The machine has a big build area so it can produce larger objects. An operator can open the top cover to observe the printing process or view the model being built through the clear front door. The printer will automatically pause if it runs out of material and resumes once the material is replaced. The size and quality of the UP BOX meet my sculpture requirements.”

Some teachers have started making small samples of their works by using 3D printing at Tsinghua’s Art Academy. However, this method is not yet common. Lu believes the inhibiting factor for students is the cost.

Tiertime strives to develop quality 3D printers for reasonable prices with the goal of making additive manufacturing technology accessible to everyone who can use it.