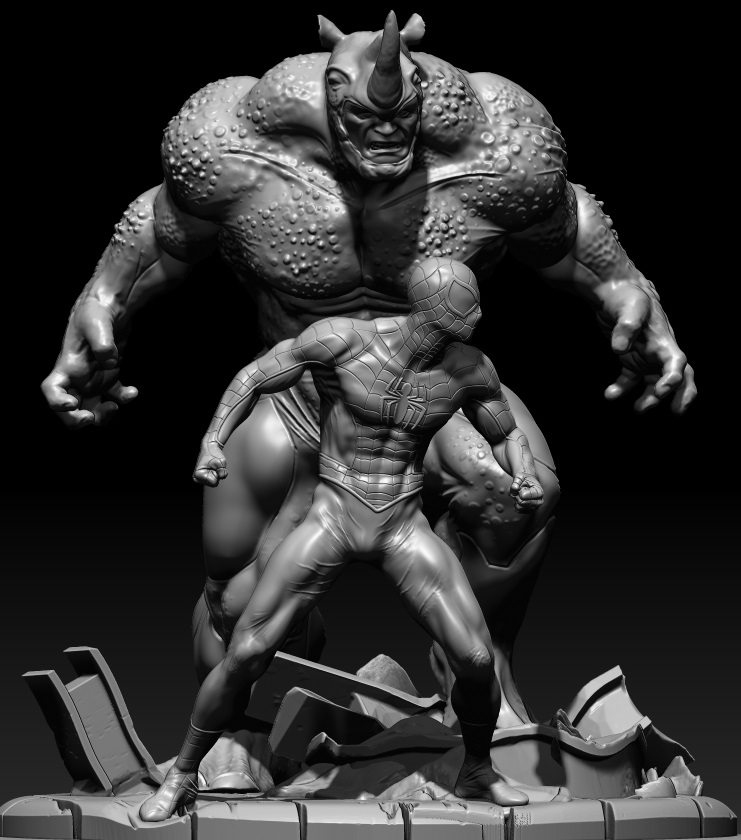 Jared Fragd of Houston, Texas, always loved building and fixing things. He grew up working on vehicles, repairing, upgrading, and restoring them. What he couldn’t learn from friends, he learned on his own.

As a young man, he found himself employed in the automotive industry, restoring classic cars and building television and film replica automobiles. He performed body work, mechanical, and upholstery duties.  He fabricated, welded, turned wrenches, shaped metal, and stretched fabric for three years before moving on to his next profession.

As have so many in Houston, he eventually landed in the oil and gas business. Working in quality control, he inspected parts, ensuring the viability and performance of various components used in drilling, both offshore and on land. If something wasn’t up to specifications, he would write a report and send it back.

For all his time spent in the mechanical world, Fragd’s inner child lingered. He never forgot the passions of his youth – cartoons, superheroes, villains – the fantasy worlds associated with what is today known as the Comic-Con culture. So, when he decided he wanted a scale model of the ThunderCats ThunderTank, but larger than the toys available, he chose to apply his fabrication expertise and build it himself. He succeeded, using various materials and methods one might use to repair or build a car, but he wasn’t satisfied. He wanted it to be more realistic, higher quality, and he definitely wanted it to weigh less.

He was researching enterprises that could possibly produce the projects he wanted to do and came across a web page about 3D printing. He jumped in with both feet, deciding to purchase a Tiertime UP BOX Plus. There were ideas he wanted to prototype, but he also wanted another shot at the tank.

He selected Tiertime because he wanted a printer ready to work right out of the box. He was interested in making things with a 3D printer, not buying a kit full of parts and making the 3D printer. He also wanted to use ABS, the same plastic most toys are made of, and he knew enclosed printers are superior to open-air printers for ABS printing.

“Some of my new friends in the 3D printing community use open source, RepRap-style machines,” said Fragd. “While they seem to like them, I prefer the functionality and ease-of-use I get from my UP BOX. I was lucky in choosing it and couldn’t imagine what my life would be like if I didn’t buy it.”

Fragd had to deal with an issue some might see as a giant stop sign. He had plenty of project ideas, but he was not a 3D modeling expert. He acquired tools such as Fusion360, Meshmixer, and LimitState, and he began learning, using the internet and its communities as his teacher. He also had friends willing to help.

One such friend happened to be a gaming modeler with a version of the ThunderTank appropriate for video gaming, which is to say, very inappropriate for 3D printing. Given permission to use it as a starting point, Fragd began modifying it to match his own vision. He wanted the final product to be large, like his traditionally fabricated design, but he planned to 3D print it in parts. During this time, he developed an assembly method he would later use for all his projects. He came up with the idea of finding natural locations for cutting the 3D model into printable pieces and once printed, using the ABS model supports mixed with acetone as glue to assemble the final product.

After completing it, he proudly posted pictures of his ThunderTank on the internet. It was airbrush-painted, fully articulated with moving parts, and could be remote controlled. He was unexpectedly deluged by ThunderCats fans offering to purchase it. It was at this time Fragd realized he had become a custom toy maker.

Next, he wanted to get into large figurines, 3D printed sculptures of some of the world’s most iconic superheroes. That meant he was going to have to learn organic modeling and inevitably, ZBrush, the software used by Hollywood CGI artists to create creatures like the Hulk for the big screen. He went back to the internet, studied tutorials and sought advice. He traveled to visit professionals for tips on their techniques. In less than two years, he was producing 3D printed characters like Superman, Spiderman, Transformers, Thundercats, and Supergirl, and again, receiving offers.

People often ask Fragd how his prints turn out so well. They assume he spends a lot of time post-processing.

“To be honest, my printer is amazing. It does most of the work,” said Fragd. “I let a part remain in the heat of the printer’s build chamber for about two hours after it is done to smooth it a little. Afterward, it’s just a case of mixing my ABS paste and assembling the pieces.”

More information about Fragd’s work can be found on the internet under the name, Fragmintz. He is frequently sought as a specialist in creating printable character models. In the future, he plans to develop and release his own original characters.