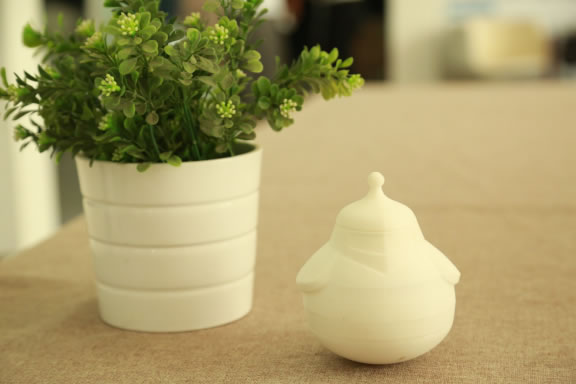 As a leading industrial design brand and the unique local Chinese enterprise that wins four top design awards, LKK has helped many Fortune Global 500 firms from various industries complete the integrated innovation designs. Tiertime UP BOX, the first domestic desktop 3D printer designed by the industrial design institution LKK, gives consideration to both fashionable appearance and practical and convenient performance, which pushes the design standard of the domestic 3D printing industry to a new height and leads a new fashion of the professional design in 3D printing field.

As the leader in the industrial design field, LKK has rich experience in hardware design and enjoys high reputation for its design of medical equipment, smart home and other special equipment in professional fields. But it is the first time for LKK to design the 3D printer. For which, LKK specially established a top design team consisting of product strategy unit and designer unit for Tiertime UP BOX with its product design period exceeding 2 months.

In the early design stage of UP BOX, the product strategy team kept close communication with Tiertime and conducted large amount of investigation to the core users. The result shows that most domestic 3D printers and foreign assembly parts are too complex and that the users become more focused on the final print rather than curious about the 3d printer. Based on the investigation, the team determined the overall design direction of integrated machine—to simplify the over-complicated and parameterized operations to make UP BOX a household product and supply the 3D printing enthusiast with convenient and comfortable experience.

Such user experience optimization was realized by the desinger team through the improvement of each detail. In order to achieve the expected design effect, 10 technicians in the designer team jointly broke through the challenges one after another and made extremely detailed man-machine consideration from the model transformation, material plate installation to open-close way and angel. Up Box—making the impossible possible!

The first challenge in design is the user experience at appearance level. Any 3D printer will inevitable squeeze out some filamentary material at the printer nozzle, which may affect the appearance to some degree. With several discussions, the design team finally found the solution—placing a fluorescent UP BOX style decoration strip at the front of the printing platform. Thus, users will pay attention to the lighted UP BOX instead of the nozzle in the rear. Moreover, the printing progress can be displayed when the UP BOX logo is lighted, which converts the disadvantage that other 3D printers cannot overcome into the advantage of UP BOX and thus optimizes the user experience.

The second difficulty is the coordination between hardware and appearance. “We have studied the initial prototype of UP BOX, a large square box that is hard to be made into desktop product. In order to stand out from the existing printers, all edges and corners should be wrapped, which will further increase its size. Therefore, we need to accurately control the size in the whole design process, “said Zhang Zhihang, the designer of LKK.

The design team boldly set the material plate which is an external part for other common 3D printers inside the frame of UP BOX. Dig a hole on the external box of the machine to allow the internal material line to run outside, and then we can load the material by open the external cover. This design effectively reduces the size of the machine and provides convenience for users to change material. As Zhang Zhihang recalls, the design team conducted more than 20 experiments on the feeding scene.

Furthermore, in order to achieve perfect design of UP BOX, LKK was extremely conscientious on each detail and overcame the problems one after another. For instance, the design team even repeatedly considered the trivial matters such as the number, method and angle of door.

For the opening and closing angles of the door, the design team prepared 7 plans which were respectively discussed with the engineers and the feasibility of which was verified in the actual using scenes. Different types of desks were attempted and many details such as gender of users were taken into consideration in order to remove every disadvantage. For example, if the door is open downward, it will hang in the air in the opening and closing process and is thus broken; some angles may occupy too large space, which is not convenient for taking things; some angles may cause inappropriate structural bearing and thus damage users for machine inclining; some angles are not convenient. Thus, the current opening design of UP BOX was determined.

Zhu Peiheng, Vice General Manager of LKK states: “to make an exquisite appearance for a product is the basic requirement for a designer. The design of UP BOX not only achieved the basic industrial design, but also reached the product-level design that optimized the overall experience of users. In the whole design process of UP BOX, our engineers kept close communication with the designers and repeatedly simulated the user operation and thinking in order to make UP BOX the best among the existing desktop 3D printers, build the hot product for Tiertime which may stand out from the numerous competitive  products.”

Zhu Peiheng holds the opinion that Tiertime 3D printer also provides a lot of conveniences for LKK. In the design of other products, the 3D printer can help the design team rapidly present the works in the proofing stage and help the designers more intuitively understand the modeling form and design works.

“The Imperial Palace gift series were printed by the Tiertime UP Plus 2 in the design process. The 3D printer is mainly used for the verification of appearance, size and feeling in design field, which is a reversed process of previous designs. In the past, modeling is conducted first and then processed in plant; but now the model can be firstly printed with 3D printer, then artificially polished into the ideal shape and finally built the model”, said Zhang Zhihang.

According to the feedback of the designers from LKK who used Tiertime 3D printers, the overall performance of Tiertime printers are very good with low failure rate. UP BOX has received praise from professional designers who analyzed that UP BOX is a closed product which can ensure stable airflow and temperature and thus greatly improve the printing accuracy and effect of finished products. Zhang Zhihang has met many extreme printing scenes in the design, but UP BOX can still remain an outstanding performance.

With the development and rising of the domestic design industry, more and more innovative studios and design teams need to rapidly present their works. Fortunately, 3D printer can help designers intuitively understand the modeling shape and design works and significantly reduce the design time and costs.  Such mutually beneficial application between 3D printing and design industry will inevitably become a new trend to lead the innovation spirit and design philosophy of the domestic brands onto the world stage.