by mrt
We found that the Filament Feed System on the UP Mini 2 caused too much drag on many filaments. (Mainly Non Genuine UP) In our workshop this was causing many feed issues and failed prints.

We have made a few modified parts that certainly resolved the issues we were having.

New Top Cover with the a Slot so you can pass your Feeder Tube Directly into the Extruder Head. 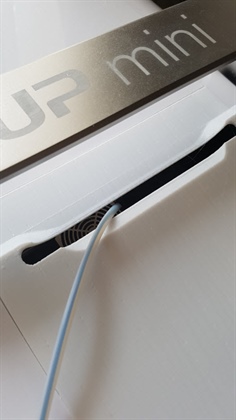 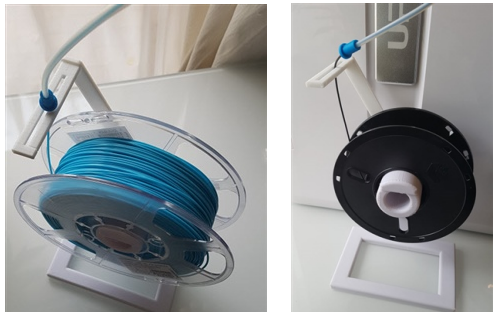 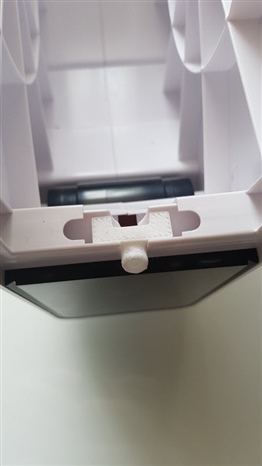 by wackojacko
Thanks, those are great updates and to add to the collection we have this one thanks to Afinia.

That's a great looking solution. I especially like that it's printable from the UP Mini 2 itself (The awesome first holder in this thread is not).

Do you have it in .STL? I need the spool holder part to be longer as the spools I use are almost 9cm deep. I will edit myself but the .UP3 format is not editable.

by wackojacko
This file is thanks to Afinia, so please any changes you make please add there here
https://www.dropbox.com/sh/0wa1gphcr90r ... s9Tfa?dl=0

by Trav
This is the filament holder I needed and it looks to be a great idea, so off to print and install. Unfortunately mine broke off after about 5 minutes. I’m not sure where this 13yo went wrong. I printed with Up premium ABS, though the filament rolls I made this for are non-Up, and they are one Kilogram rolls.
I will make some improvements and post them later. I had to come up with something fast for another project so I assembled my old Lego blocks as a spool holder.

wackojacko wrote:Thanks, those are great updates and to add to the collection we have this one thanks to Afinia.

The side spool holder is a great idea. So I went to print and install, unfortunately the part that holds the spool broke off. I used Up ABS filament and it was for a one kilogram 3rd party filament roll.
I’m not sure what I did wrong, though I decided to make some alterations to the design and will post later.
Until then I assembled some lego blocks to get me by for now.

by Trav
Here is the spool holders, the one on the left came from the downloaded file while the one on the right is my modified built up for extra support. So far this mod has held up.